Tiananmen: a Marxist reading guide (In Defence of Marxism, 4 June 2021). “The purpose of this reading guide is to help anyone who wants to really understand what happened in China in 1989 and why.”

China 1989 – workers in revolt (Socialist Worker, Issue 2656, 27 May 2019). “Thirty years ago demonstrators stood up to tanks in Beijing’s Tiananmen Square. Sadie Robinson looks at what the mass revolt of students and workers was all about.”

Tiananmen Square: Another China is possible (Socialist Worker, Issue 2399, 15 April 2014). “The protests in Tiananmen Square that began 25 years ago this week showed the possibility of real socialism emerging in China, writes Dave Sewell.”

Storming the gates of heavenly peace. By Dennis Kosuth (International Socialist Review, Issue 66, July-August 2009). “What happened over the course of those spring weeks in 1989? What led the conflict to the point where so much blood was shed? Could such a thing ever happen again? These are the questions that this brief article will attempt to answer.”

Origins and consequences of the 1989 Tiananmen Square massacre. Part 1-3. By John Chan (World Socialist Web Site, June 4-6, 2009). “By June 3, 1989, the stage was set for a showdown between the Stalinist regime and the working class. The CCP ordered the PLA troops, who had been brought from the provinces and primed for action, to clear Tiananmen Square of protestors using whatever means necessary.”

Tiananmen Square 20th anniversary – What is its place in history? By Heiko Khoo (In Defence of Marxism, 4 June 2009). “It is a fact that in 1989 the majority from Beijing to Berlin were in favour of creating a new socialist democracy to be supervised and controlled by the masses, this was not a utopian dream.”

Twenty years after Tiananmen Square. By Dennis Kosuth (SocialistWorker.org, June 4, 2009) + The Tiananmen Square debate (July 21, 2009). “The Tiananmen movement was being led by students and intellectuals, and had sympathizers among a small minority of the ruling class. Its demands found resonance within society at large, especially among the quickly growing urban working class.”

Tiananmen and the working class (Socialism Today, Issue 129, June 2009). “When workers began mobilising in support, the leaders of the ruling Chinese Communist Party, fearful for their privileged positions, sent in the army. Vincent Kolo assesses the significance of this historic movement.”

Remembering Tiananmen Square. By Robin Munro (The Nation, June 2, 2009). “The Tiananmen Square massacre remains shrouded in myth. This eyewitness report by a Human Rights Watch observer makes the horror plain … A massacre did take place – but not in Tiananmen Square, and not predominantly of students. The great majority of those who died (perhaps as many as a thousand in all) were workers …” First published as Who died in Beijing, and why (pdf) (The Nation, June 11, 1990, p.811-822; online at Law Professor Blogs Network)

The meaning of Tiananmen (Anarchy: A Journal of Desire Armed, Issue 58, September 2004; online at Libcom.org). “Burt Green analyses the events of Tiananmen Square and their consequences.”

15th anniversary of Tienanmen. By Rob Lyon (In Defence of Marxism, 4 June 2004). “Contrary to Western propaganda, the demonstrations were not simply calls for ‘democracy’, capitalism, or market reforms.”

Ten years since the Tiananmen Square massacre: Political lessons for the working class. By James Conachy (World Socialist Web Site, 4 June 1999). “… The movement of 1989 expressed the long pent-up discontent and hatred of a corrupt Stalinist bureaucracy that for 40 years had betrayed the hopes of the Chinese people.”

10 years on: assessing Tiananmen today. By Heiko Khoo (In Defence of Marxism, 25 May 1999). “This article tries to answer to the following important questions about the Tiananmen Square movement: What was the character of the movement of April – June 1989? What were the programmes and policies of the main tendencies?”

Looking back on the Beijing massacre. By Liang Guosheng (Green Left Weekly, Issue 236, 26 June 1996). “During those spring months in Beijing, the movement drew support and leadership from groups and activists who, at least prior to the massacre, were far more concerned with what they saw as an opportunity to ‘reform’ the CCP than with its overthrow.”

Eyewitness in China. By Steve Jolly (Socialist Alternative, June 1989). “I went to China to hear and see at first hand this movement in the most populous country in the world, with one quarter of the world’s population. I went to exchange experiences, political and organisational, with the cream of the students in Beijing and Shanghai and the cream of the proletariat.” 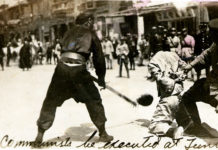 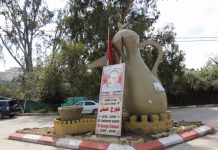 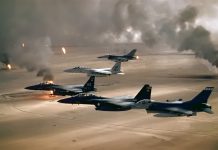 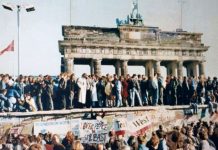 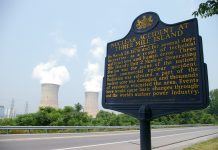