Matt Taibbi: Someone take away Thomas Friedman’s computer before he types another sentence (January 22, 2009; online at Internet Archive)
“Reading Thomas Friedman is like listening to the man talking to himself. His latest book, Hot, Flat and Crowded, is no different.”

M. Shahid Alam: A Muslim problem: Did Thomas Friedman flunk history? (July 18, 2005)
“It appears that Mr. Thomas Friedman has a Muslim problem. He has a great deal of trouble thinking straight when writing about Muslims; and, as the New York Times’ resident expert on Islam, he displays this malaise frequently, often twice a week.”

Alexander Cockburn: Thomas Friedman’s imaginary world (June 10/12, 2005)
“Thomas Friedman’s back in India and the mysterious subcontinent exercises its usual sorcery on the wandering pundit, eliciting paragraphs of ecstatic drivel, as it has from so many Times-men.”

Norman Solomon: Thomas Friedman, Liberal sadist? (July 28, 2005)
“If words truly matter, then maybe it’s consequential that some of Thomas Friedman’s words – including his flippant and zealous endorsements of mass killing – have the odor of sadistic cruelty.” Scroll down for more critical articles on Friedman.

Norman Solomon: Thomas Friedman: Hooked on War (September 6, 2007)
“For years now, the man widely touted as America’s most influential journalist has indicated that his patience with the war in Iraq might soon run out. But, like the media establishment he embodies, Friedman can’t bring himself to renounce a war that he helped to launch and then blessed as the incarnation of virtue.”

Belén Fernández: Darwin’s mistake (30 November 2016)
“How, in an age in which ‘the fast eat the slow’, has Thomas Friedman not been gobbled up?”

Jonathan Cook: Friedman’s last gasp (Sidecar, 10 June 2021)
“Thomas Friedman’s recent column in the New York Times reflecting on Israel’s 11-day destruction of Gaza is a showcase for the delusions of liberal Zionism: a constellation of thought that has never looked so threadbare.”

About his books and articles from New York Times.

Edward S. Herman: The NYT’s Thomas Friedman (Vol.16, No.11, November 2003)
“The principal diplomatic correspondents for the New York Times have always and necessarily been apologists for U.S. foreign policy … Thomas Friedman has served consistently in this apologetic tradition. He differs from his predecessors mainly in his brashness, name-dropping, and self-promotion, and with his aggressive, bullying tone.”

Debate and critique of the book

Stephen Marshall: Sorry Thomas Friedman, the world is round (July 5, 2007; online at Internet Archive)
“In an excerpt from the new book, Wolves in Sheep’s Clothing, Stephen Marshall takes on liberals like Friedman, who would have you believe that our capitalist system is inherently just and self-regulating when, in reality, it is anything but.”

Richard Florida: The world is spiky : the world in numbers (Vol.296, No.3, October 2005)
“Globalization has changed the economic playing field, but hasn’t leveled it.” Online at the author’s site (pdf).

Jeff Faux: Flat note from the pied piper of globalization (Fall 2005)
“Friedman’s argument becomes stunningly naÃ¯ve – and suggests that he really doesn’t understand the globalization that he has spent the last decade promoting.”

Lila Rajiva: Ruminations on Thomas Friedman, Part 1-3 (October 4 + October 6 + October 24, 2006)
“Instead of humbly studying what is under his nose, instead of doing the tedious legwork of research, the man would rather pull metaphors out of his hat and disappear the facts into them with parlor tricks.”

Pankaj Ghemawat: Why the world isn’t flat (March/April 2007)
“Globalization has bound people, countries, and markets closer than ever, rendering national borders relics of a bygone era – or so we’re told. But a close look at the data reveals a world that’s just a fraction as integrated as the one we thought we knew. In fact, more than 90 percent of all phone calls, Web traffic, and investment is local.”

Vandana Shiva: The polarised world of globalisation (May 10, 2005)
“Friedman’s flat vision makes him blind to the emergence of corporate rule to through the rules of corporate globalisation as the establishment of authoritarian rule and centrally controlled economies.”

Stephen S. Roach: Squaring the circle of a flat world (November 29, 2005)
“With all due respect to Tom Friedman, there’s nothing flat about this unbalanced global economy. Stephen Roach, Chief Economist and Director of Global Economic Analysis at Morgan Stanley, argues the global economy is distinguished far more by its disparities and tensions.”

Joe Smith: Selling Neoliberal globalization : Thomas Friedman’s excellent adventure (June 15, 2004)
“Friedman is a salesman for free-trade interests and an apologist for American imperial power.” About the book: Lexus and the Olive Tree.

Greg Palast: French fried Friedman: the nouvelle globalizer (June 05, 2005)
“In his endless series of pukey peons to globalization, Friedman promises that free trade, an end of regulation, slashing government welfare and privatization of industry will lead to an economic nirvana.”

George Scialabba: Zippie world! (June 13, 2005 issue)
“Whatever one thinks of Friedman as an analyst (and I’d say there’s only one possible opinion of him as a prose stylist), he’s an energetic reporter and a good storyteller. His new book teems with interesting anecdotes about innovative companies, technologies and business processes.”

Elizabeth Terzakis: Why the world looks flat to Thomas Friedman (Issue 563, October 28, 2005)
“Friedman’s faith in the flatness of power rests awkwardly – one might even say unflatly – on the history of U.S. imperialist adventures in the Middle East, Southeast Asia and Latin America. He seems to have forgotten his own claim in 1998 that McDonald’s ‘cannot flourish without McDonnell Douglas’. In all of its almost 500 pages, Flat never once mentions the role of the U.S. military.”

Joshua Clover: Adventures in Flatland (August 26th, 2005)
“The World Is Flat is no more a study of global economics than Batman Begins is a social-policy treatise. It juggles a similar conundrum: how to present the wealthiest overlord of Gotham as a beneficent force in a world where generalized immiseration is caused not by staggering concentrations of wealth but by, y’know, gangsters.” 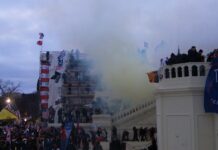 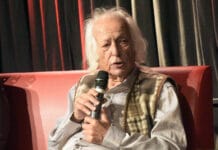 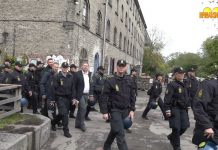 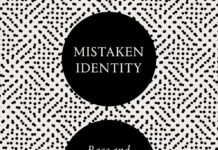 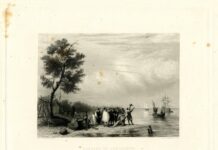 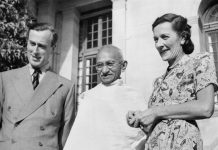