Miss Marx: Eleanor Marx in the filmmaker’s own image. By Joanne Laurier (World Socialist Web Site, 18 February 2021). “Miss Marx, an Italian-Belgian production written and directed by actress-filmmaker Susanna Nicchiarelli, concerns itself with the latter part of Eleanor Marx’s life … The film covers certain aspects of Eleanor’s political and public activity, but it leans heavily toward an interest in her emotional life.”

Who was Eleanor Marx? (Verso, Blog, 22 November 2018). Excerpt from the introduction of Yvonne Kapp’s newly republished biography: “Eleanor Marx is one of the most tragically overlooked radical figures in history. Sally Alexander explores her outstanding contribution to radical history.”

Writing Eleanor Marx (Verso, Blog, 6 July 2018). “In this excerpt from her memoirs, activist and writer Yvonne Kapp reflects on the decade-long research and writing of her definitive biography of Eleanor Marx.”

Eleanor Marx (Workers Liberty, 4 December, 2006). “Fran Broady describes the life of Eleanor Marx and the early days of the Marxist organisation in the British labour movement.”

Obituary: Marxism in vogue. By Lindsey German (Socialist Review, Issue 233, September 1999). “The death of Yvonne Kapp at the age of 96 should be marked with the respect due to the author of one of the best biographies ever written.”

Eleanor Marx. By E.P. Thompson (New Society, 1976; online at Marxists Internet Archive). Review of Yvonne Kapp, Eleanor Marx, Vol. 1-2 (Lawrence and Wishart, 1972/1976). “This book has already received a generous welcome, and it deserves to do so.”

The Cold War is over. It’s time to appreciate that Eugene Debs was a Marxist. By Ed Quish (Jacobin, March 15, 2021). “For decades, many of Eugene Debs’s admirers have claimed that the socialist leader was a good, patriotic American unsullied by a foreign doctrine like Marxism. But the Cold War is over, and there’s no need to be defensive: Debs was a Marxist who rightly opposed American nationalism.”

Eugene Debs believed in socialism because he believed in democracy. By Shawn Gude (Jacobin, September 2, 2020). “Eugene Debs’s unswerving commitment to democracy and internationalism was born out of his revulsion at the tyranny of industrial capitalism. We should carry forth that Debsian vision today — by recognizing that class struggle is the precondition for winning a more democratic world.”

The young Eugene V. Debs (Jacobin, August 28, 2020). An interview with Tim Davenport:  “A pair of leftist historians has undertaken a massive project: compiling a six-volume collection of Eugene Debs’s writings and speeches. We spoke with one of them, who detailed Debs’s extraordinary journey from moderate young trade union leader to courageous socialist militant.”

Eugene Debs was an American hero. By Shawn Gude (Jacobin, June 16, 2020). An interview with Ernest Freeberg: “On June 16, 1918, Eugene Debs gave the anti-war speech that would soon send him to prison. His arrest sparked a nationwide movement to secure his release — and forced the government to finally recognize the free speech rights of wartime dissenters.”

The relevance of Debs in the new gilded age. By Louis Proyect (CounterPunch, February 8, 2019). Review of Eugene V. Debs: A Graphic Biography. By Paul Buhle, Steve Max, and Dave Nance and illustrated by Noah Van Sciver (Verso, 2019, 144 p.). “What a comic book can do is provide a snapshot that will lead to a deeper engagement with the subject matter. With that end in mind, Buhle and Max have succeeded.” See also review by Sasha Simic (Socialist Review, Issue 445, April 2019) + review by Sean Ledwith (Counterfire, December 3, 2020).

American Socialist: The Life and Times of Eugene Victor Debs—A fatally flawed documentary. By Fred Mazelis (World Socialist Web Site, 5 March 2018). “On the basic facts of Debs’ life and career, Strom’s film is accurate and informative. Its use of audio and video, combined with the reading of letters and speeches, makes much of this history come alive … However, when it comes to the legacy of Debs—what his struggle means today—the movie should come with a giant warning sign.” See also review by Guy Miller: Introducing…Eugene Debs (SocialistWorker.org, March 13, 2018) + Michael Hirsch: New Eugene Debs film does the socialist proud (The Indypendent, April 26, 2018) + Louis Proyect: From Debs to Berlusconi (CounterPunch, March 10, 2017).

US elections – before Bernie Sanders came Eugene Debs. By Charlie Kimber (Socialist Worker, Issue 2498, 5 April 2016). “Debs was a revolutionary who used elections to develop a political movement based on the struggles of working people.”

The measure of a revolutionary. By Mark Harris (SocialistWorker.org, September 17, 2015). “There’s a tendency among defenders of the status quo to turn great historical figures like Eugene Debs into harmless icons.”

Something to offer. By William P. Jones (Jacobin, August 11, 2015). “Unlike many in his party, Eugene V. Debs believed the struggle for black equality was critical to realizing the promise of socialism.”

How Debs became a socialist (SocialistWorker.org, February 18, 2011). “Paul D’Amato looks at the events and experiences that lead Debs to become a socialist.”

Vote for Prisoner 9653. By John Newsinger (International Socialism, Issue 126, Spring 2010, p.217-218). Review of Ernest Freeberg, Democracy’s Prisoner: Eugene Debs, the Great War and the Right to Dissent (Harvard University Press, 2010, 392 p.): “Ernest Freeberg’s book tells the story of Debs’s trial and imprisonment and of the campaign to set him free.”

Eugene Debs and American socialism. By Bill Roberts (International Socialist Review, Issue 67, September-October 2009). Review of Ray Ginger, The Bending Cross: A Biography of Eugene V. Debs (Haymarket Books, 2007, 516 p.): “Ray Ginger’s wonderful biography of Debs, first published in 1949, introduces readers to a working-class hero as well as a period of immense struggle from below often treated as a footnote in most U. S. histories.”

Eugene V. Debs and the idea of Socialism. By Howard Zinn (The Progressive, January 1999; online at Marxists Internet Archive). “Debs was what every socialist or anarchist or radical should be: fierce in his convictions, kind and compassionate in his personal relations.”

The Debs way. By Leo Huberman (Monthly Review, Vol.70, No.11, April 2019). “An address Huberman delivered at the Debs Centennial Meeting held at the Fraternal Clubhouse in New York City on November 28, 1955. It was first published in Monthly Review 1956.”

Only suffering God can save us: Section 2: Kierkegaard (Ch. 3 in Slavoj Zizek: God in Pain: Inversions of Apocalypse, with Boris Gunjevia (Seven Stories Press, 2012). 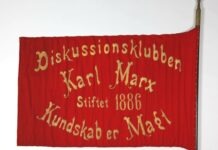 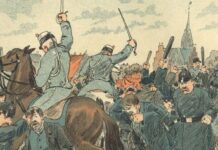 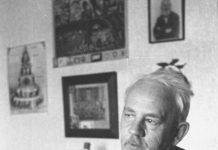 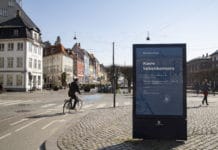 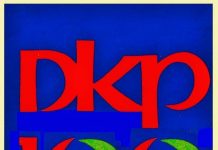 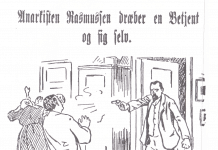