Rome’s rise and fall (pdf). Part 2, chapter 5 in: A People’s History of the World. By Chris Harman (Bookmarks, 1999, p.71-86; online at IS Tendency/Internet Archive WayBackMachine)

Rome, empire and christianity: Politics of poverty and purity. By Mike Macnair (Weekly Worker, Issue 955, March 28, 2013). Review of Peter Brown, Through the Eye of a Needle: Wealth, the Fall of Rome and the Making of Christianity in the West, 350-550 AD (Princeton, 2012, 758 p.). “Peter Brown’s book explores in depth the relationship of the Latin church to wealth and poverty in the later Roman empire.”

The class struggle in the Roman Republic, Part 1-16. By Alan Woods (In Defence of Marxism, 4 September 2009 – 4 January 2010). “Publication of an important new series by Alan Woods, which provides a Marxist explanation of the processes that led to the collapse of the Roman Republic.” See also introduction to the first German edition (In Defence of Marxism, 1 June 2018).

The fall of Rome (Socialist Worker, Issue 2143, 21 March 2009). Review of Chris Wickham’s The Inheritance of Rome: A History Of Europe From 400 To 1000 (Penguin, 2009, 651 p.). “Chris Bambery looks at an excellent new history of the Roman Empire that charts the tensions that led to the collapse of Rome, which left a lasting impact on Europe.”

Hadrian and the limits of empire (Socialist Worker, Issue 2112, 2 August 2008). “The brutality of the Roman Empire led ordinary people to fight back. Neil Faulkner looks at how resistance to the empire shaped Hadrian’s rule.”

A Marxist look at the legions. By Steve Roskans (International Socialism, Issue 119, Summer 2008). Review of Neil Faulkner, Rome: Empire of the Eagles (Pearson, 2008, 334 p.). “Neil Faulkner’s new book should be a welcome publication for the readers of this journal …”

Empire of the Eagles: the myth of Rome (Socialist Worker, Issue 2091, 8 March 2008). “Modern leaders looking for a ‘civilised’ way to dominate the world refer to the Roman Empire. Historian Neil Faulkner explained the brutal reality to Ken Olende.”

Patricians and plebeians (Weekly Worker, Issue 707, February 07, 2008). “What lessons does the class struggle in ancient Rome have for today? Chris Gray begins a series of articles with the plebeian fight for equality.”

Expansion and slave society (Weekly Worker, Issue 708, February 14, 2008). “In the second article in his series on the Roman empire Chris Gray examines the imperial oligarchy.”

Fighting against the odds (Weekly Worker, Issue 709, February 21, 2008). “In the third article in his series on the Roman empire, Chris Gray looks at the efforts of Tiberius and Gaius Gracchus to defeat the landowning oligarchy.”

Expansion and upheaval (Weekly Worker, Issue 711, March 6, 2008). “Chris Gray continues his series on the Roman empire with an examination of the period 31BCE-284CE.”

Religion, decline and fall (Weekly Worker, Issue 712, March 13, 2008). “In the penultimate article in his series on the Roman empire, Chris Gray examines the rise of christianity, the loss of the west and the transition to feudalism.”

Decline and fall of the eastern empire (Weekly Worker, Issue 713, March 20, 2008). “Chris Gray concludes his series on the Roman empire by analysing the reasons for its survival in the east.”

Fall, but no decline. By Ann Talbot (World Socialist Web Site, 18 April 2006). Review of Peter Heather, The Fall of the Roman Empire: A New History (Macmillan, 2005, 400 p.). “Heather’s book focuses on the late Roman Empire in the fourth and fifth centuries.”

The fight between slave and free (Socialist Review, Issue 302, December 2005). “Theresa Urbainczyk looks at the social struggles of ancient Rome.”

Rome, the birth of an empire (Socialist Worker, Issue 1978, 26 November 2005). “Alex Callinicos examines the end of the Roman republic, arguing that the television series Rome is flawed by the suggestion that nothing really changes throughout history.”

Roman history from below? By Neil Faulkner (International Socialism, Issue 103, Summer 2004). Review of Michael Parenti, The Assassination of Julius Caesar: A People’s History of Ancient Rome (The New Press, 2003, 267 p.). “Let us start with the positive. This book can be strongly recommended as an introduction to Roman history at its most turbulent.”

Christianity and the decline of Rome, Supplement. By Jack Conrad (Weekly Worker, Issue 365, December 21, 2000). “Christianity rapidly proliferated throughout the Roman empire to the stage where it counted as a physical power, almost a state within a state, and therefore a potential theocratic rival to the emperor and his authority. Religious toleration was cast aside.”

History man: Explaining decline and fall. By Jack Conrad (Weekly Worker, Issue 323, February 17, 2000). “De Ste. Croix set out to survey and analyse the class struggle in the Greek world – ie, where Greek was the dominant language of high urban culture – from the archaic age to the Arab conquests.”

The Class Struggle in the Ancient Greek World: From Archaic Age to the Arab Conquests. By G.E.M. de Ste. Croix (Duckworth, 1981, 732 p.; online at Libcom.org). “This text is a challenging work on ancient history and should be of interest to historians of the Greco-Roman world.” 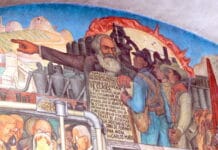 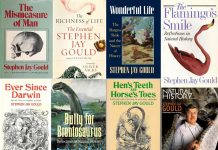 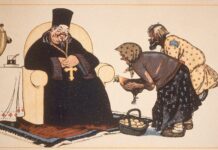 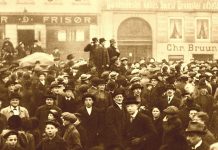 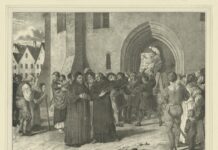 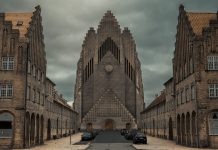