Jean-Paul Sartre took a stand against Empire. By Oliver Gloag (Jacobin, August 20, 2021)
“Jean-Paul Sartre came to prominence just as France was trying to cling onto its empire in a series of bloody wars. He used his platform as a public intellectual to speak out bravely against colonial repression, risking his own life in the process.”

Jean-Paul Sartre: between existentialism and Marxism. By James Plested (Red Flag, 20 June 2021)
“While neither his early ‘pure’ existentialism nor his later existentialist brand of Marxism is compelling, his status as among the most committed left-wing public intellectuals of the twentieth century is worth celebrating. His consistent radicalism and activist orientation in the post-war period place him far above most of today’s intellectuals.”

How Jean-Paul Sartre and Les Temps modernes supported Algeria’s struggle for freedom. By Ian Birchall (Jacobin, March 25, 2021)
“France waged a brutal colonial war in Algeria during the 1950s. But a group of writers clustered around Jean-Paul Sartre’s journal Les Temps modernes played a courageous role, exposing French war crimes and supporting the right of the Algerian people to self-determination.”

Individualism or class struggle? (Weekly Worker, Issue 1239, 21 February 2019)
“René Gimpel examines the philosophical and political development of Jean-Paul Sartre, and his fraught relationship with the French Communist Party” + Part 2: Commitment and collectivity (Issue 1240, 28 February 2019). “In this second part I will focus in particular on the events of May 1968.”

Sartre and the Communists (Jacobin, April 15, 2017). Interview with Sartre from 1972:
“On the anniversary of Sartre’s death, his memory of his sometimes fraught relationship with the French Communist Party.”

The Work of Sartre: Search for Freedom and the Challenge of History. By Dominic Alexander (Counterfire, 20 December 2012). Review of István Mészáros’s book (Monthly Review Press, 2012)
“István Mészáros’ updated study of Sartre is a valuable exploration of the political implications of that great philosopher’s commitments and ideas.”

Jean-Paul Sartre and the Jewish Question. By Ian Birchall (Grimanddim.org, 2011). Review of Jonathan Judaken, Jean-Paul Sartre and the Jewish Question, (University of Nebraska Press, 2006)
“It is an impressive and formidably documented piece of work (marred only by a few small inaccuracies) which will undoubtedly form a valuable foundation for further research and discussion.”

Sartre: Conversations with a ‘Bourgeois Revolutionary’. By Joseph L. Walsh (Monthly Review, Vol.62, No.2, June 2010). Review of John Gerassi, Talking with Sartre: Conversations and Debates (Yale University Press, 2009)
“For those who continue to be intrigued or fascinated by Sartre, this book will yield new details and insights into his thought and work. For those for whom Sartre is now only a name, there is probably no better introduction to the man and his era.”

Sartre at 100: still relevant. By Doug Ireland (Direland, June 22, 2005)
“Today is the 100th anniversary of the birth of Jean-Paul Sartre, the philosopher who was the Nobel Prize laureate for literature in 1964 (a prize which Sartre refused, explaining: ‘A writer must refuse to allow himself to be transformed into an institution).”

Sartre’s century. By Ian Birchal (International Socialism, Issue 107, Summer 2005, p.125-143)
“Jean-Paul Sartre was the dominant figure in French intellectual life for half a century and an inspiration to the new left of the 1950s and 1960s.”

Sartre and terror. By Ian Birchall (Sartre Studies International, Vol.11, No.1-2, Spring 2005, p.251-264, online at South Asia Citizens Web)
“The period 1939-1962, in which most of Sartre’s major work was produced, was a period of almost uninterrupted violent conflict for his native land.”

Jean-Paul Sartre: A critical tribute. By Istvan Meszaros (Socialist Register, Vol.12, 1975, p.1-47)
“Jean-Paul Sartre is seventy: what does he mean to us? He is a man who lived half his life in the limelight of extreme notoriety … no writer in his life-time has been the target of so many attacks, from the most varied and rather powerful quarters, as Jean-Paul Sartre. What are the reasons? How should we approach the work of this man: our contemporary?”

Sartre’s political practice. By Rossana Rossanda (Socialist Register, Vol.12, 1975, p.48-74)
“Sartre’s political actions, rather than his political thinking, are the subject of these notes: the way he has judged the history through which he has lived, how he chose sides, and why, the people he allied himself with, and those he allies himself with today.”

Sartre and the myth of practice. By Ian H. Birchall (International Socialism, No.45, November-December 1970, p.20-24) + Sartre: Part Two (No.46, February/March 1971, p.17-22)
“Sartre’s politics and his whole world view are radically different from those of International Socialism, and there is little point in pretending that they are not, though equally the common view of Sartre as a naive fellow-traveller with Stalinism must be challenged.”

Sartre and the idea of freedom in the anti-colonial struggle. By Dan La Botz (New Politics, Issue 51, Summer 2011). Review of Paige Arthur, Unfinished Projects: Decolonization and the Philosophy of Jean-Paul Sartre (Verso, 2010)
“This book, written in an academic style and leaving no intellectual stone on the beach of French thought unturned, does an excellent job of examining Sartre’s intellectual and political development through the lens of his involvement in the anti-colonial movement.”

Sartre against Stalinism. By Ian H. Birchall (Berghahn Books, 2004, 242 p.) (Berghahn Monographs in French Studies)
“It is true that Sartre was guilty of many serious misjudgements with regard to the USSSR … but his relationships with the Marxist left was much more complex and contradictory …”

Sartre’s quest for human freedom. By Phil Shannon (Green Left Weekly, Issue 653, 25 January 2006). Review of Annie Cohen-Sodal: Jean Paul Sarte: a life (The New Press, 2005)
“The re-issue of Annie Cohen-Solal’s biography of the militant intellectual shows why this philosopher angered military and other conservatives, but won the respect of all who rebelled against colonialism and other shackles on human freedom.”

Reality and myth – inside and outside the Sartre-Beauvoir world. By Maria Antonietta Perna (A World to Win, 2007). Review of Hazel Rowley: Tête à  Tête: The Lives and Loves of Simone de Beauvoir & Jean-Paul Sartre (Chatto & Windus, 2006)
“This volume is highly recommended as a serious introduction to the two French writers’ work.”

Making sense of Sartre. By Maria Antonietta Perna (A World To Win, 2006). Review of Robert Bernasconi: How to read Sartre (Granta, 2006)
“Bernasconi’s is an excellent introduction. Key concepts are explained in a user-friendly manner. The continuity and development of Sartre’s thought is explained in line with the emerging and deepening of his concerns for the socio-political situation of his days.”

Fraying friendship. By Louis Proyect (Swans, August 1, 2005). Review of Ronald Aronson: Camus and Sartre: the story of a friendship and the quarrel that ended it (University of Chicago Press, 2004)
“[The book] is a penetrating study of the friendship of two French philosopher/activists and the political differences that eventually led to their breakup.” 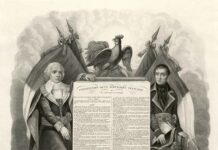 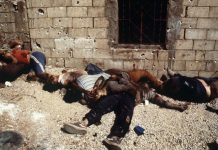 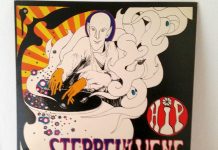 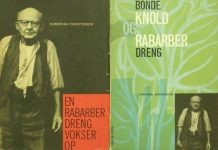