During the 1971 prosecution of Angela Davis, I fought the law — and I won. By Michael Myerson (Jacobin, June 29, 2021). “When Angela Davis was arrested after two months on the lam in 1971, Michael Myerson interviewed her and a codefendant in jail — turning him into a prosecution’s witness. He was now in a tough spot: Could he defy the prosecution without going to jail for perjury? Luckily, he figured out how.”

Angela Davis. By Nelson George (New York Times Magazine, October 19, 2020). A lengthy profile: “Before the world knew what intersectionality was, the scholar, writer and activist was living it, arguing not just for Black liberation, but for the rights of women and queer and transgender people as well.”

From segregation to black liberation. By Naima Omar (Socialist Review, Issue 450, October 2019). “This is the first of three columns looking at the life, politics and activism of Angela Davis, a living icon for revolutionaries.” See part 2: America’s most wanted (Issue 451, November 2019) + part 3: Angela Davis: An icon and an inspiration (Issue 454, February 2020).

Angela Davis: Relevant as ever after thirty years. By Alice Ragland (Against the Current, Issue 199, March-April 2019). “Active and influential in international freedom struggles for nearly six decades, her speeches and writings have valuable lessons to teach us about the major injustices that we face in this era of heightened racism, xenophobia, and reactionary violence.” See also David Finkel: The activism of Angela Davis (ibid.).

Political prisoners, prisons and black liberation + Prison interviews with Angela Y. Davis (Verso, Blog, 21 February 2018). Extract from If They Come in the Morning …: Voices of Resistance. Edited by Angela Y. Davis (Verso, 2016, 288 p.). “With race and the police once more burning issues, this classic work from one of America’s giants of black radicalism has lost none of its prescience or power.“

Our struggles link us together (SocialistWorker.org, March 16, 2016). Review of Angela Davis, Freedom Is a Constant Struggle: Ferguson, Palestine and the Foundations of a Movement (Haymarket Books, 2016, 180 p.). “One of the best-known figures from a previous era of radicalization has collected her insights into a new book. Leela Yellesetty recommends them to a new generation.”

Angela Davis: Black liberation and socialism. By Nick Stone (Permanent Revolution, 2 November 2008; online at Internet Archive WayBackMachine). Review of Angela Davis: an autobiography (The Women’s Press, 1990). “Her life and work remain a key talking point for socialists and her life remains an inspiration.”

Are Prisons Obsolete? (pdf). By Angela Y. Davis (Seven Stories Press, 2003, 128 pages; online at The Anarchist Library). “It is my hope that this book will encourage readers to question their own assumptions about the prison.”

Interview Angela Davis (PBS/Frontline, 1998). “Looks back on the sixties’ struggles and why ‘the movement crashed’. She discusses the choices that faced black activists at the time – such as pan-Africanism and the Panthers’ radical economic program – and evaluates the legacy of each.”

The approaching obsolescence of housework: A working-class perspective (Marxists Internet Archive).  Chapter 13 in Angela Davis, Women, Race and Class (1981). “The abolition of housework as the private responsibility of individual women is clearly a strategic goal of women’s liberation. 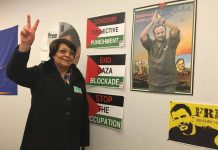 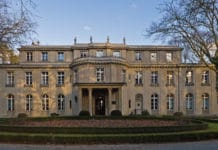 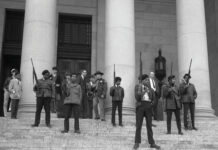